Even when you absolutely love a home, the backyard and landscaping that come with the package don’t always live up to your vision. So was the case with the O’Hanlons, who purchased their Pensacola home and wanted to completely rework the backyard to incorporate their own customized backyard hardscape designs including a pool, an outdoor kitchen, an outdoor fireplace, a cabana, a basketball court, green space for playing, and a useable outdoor entertaining space with seating. 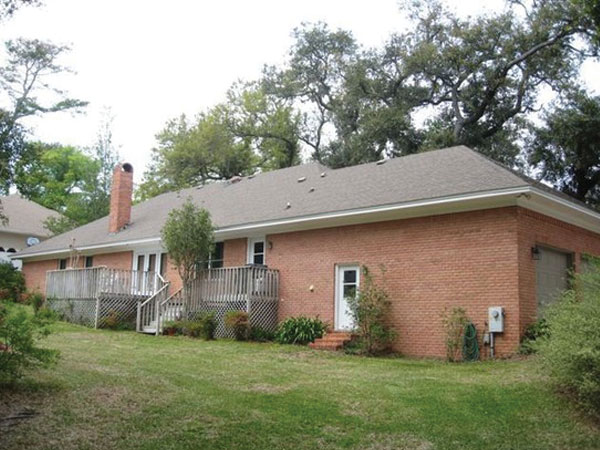 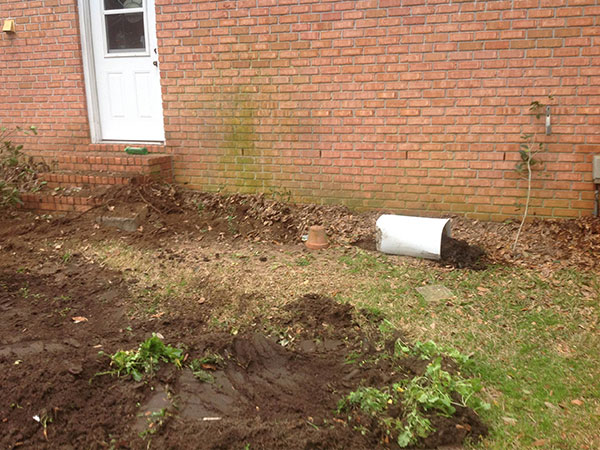 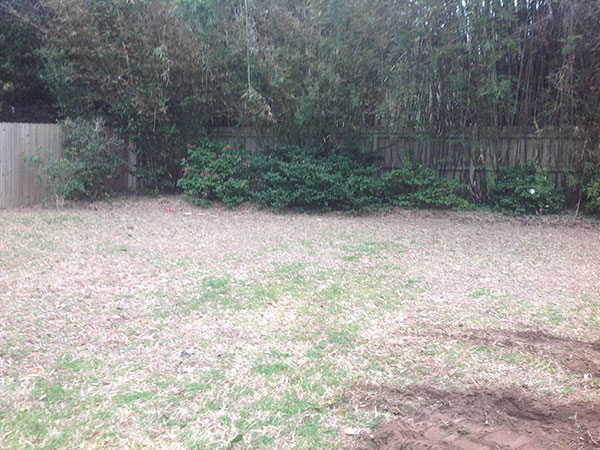 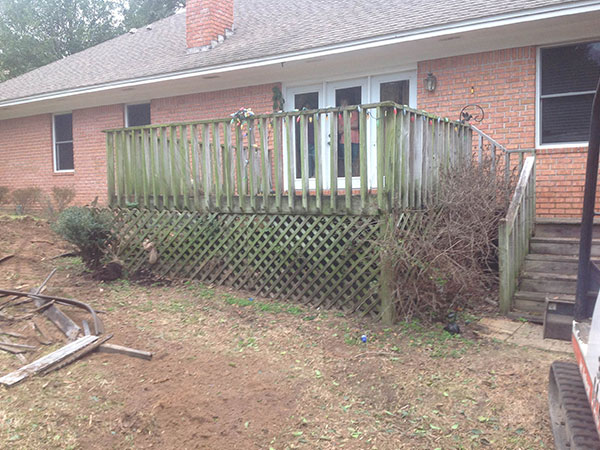 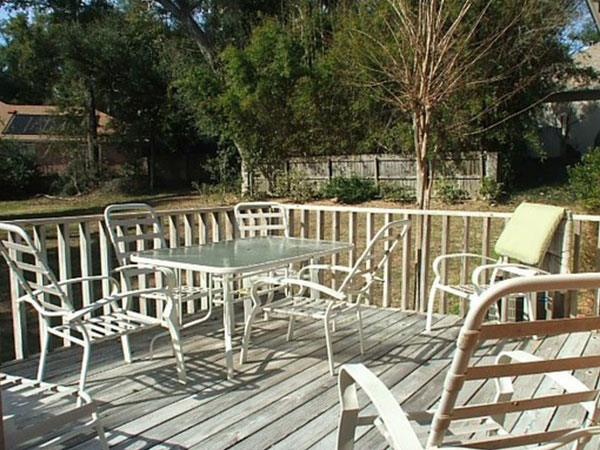 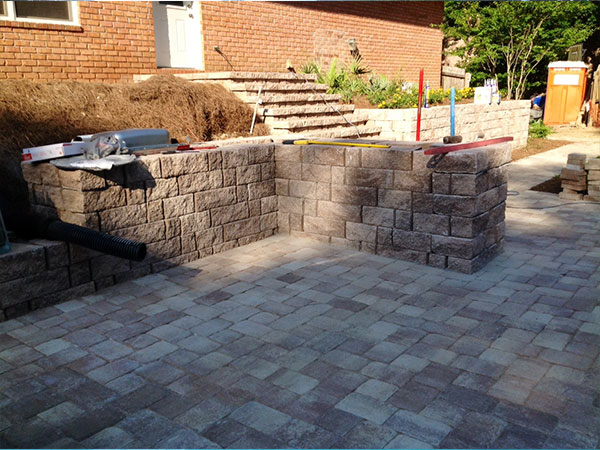 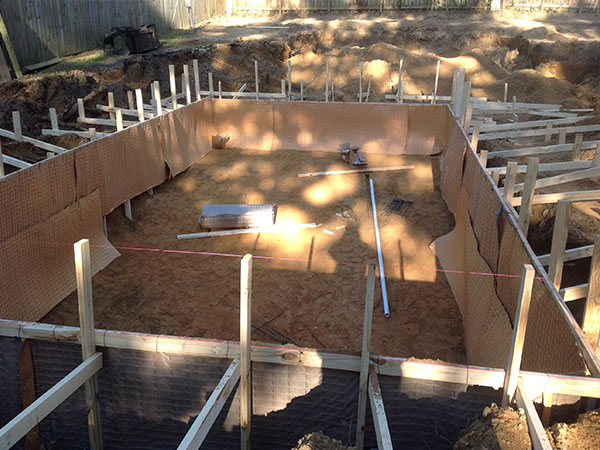 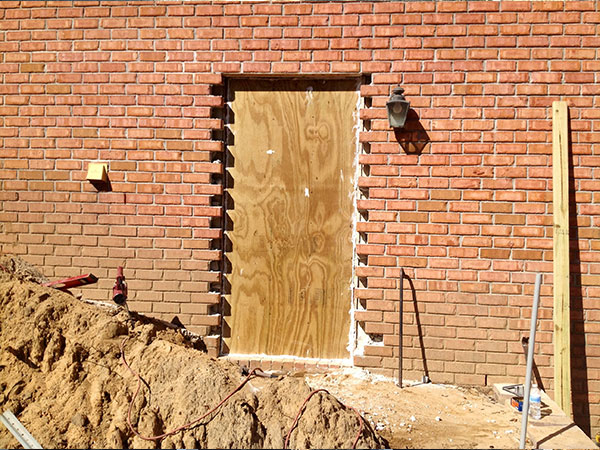 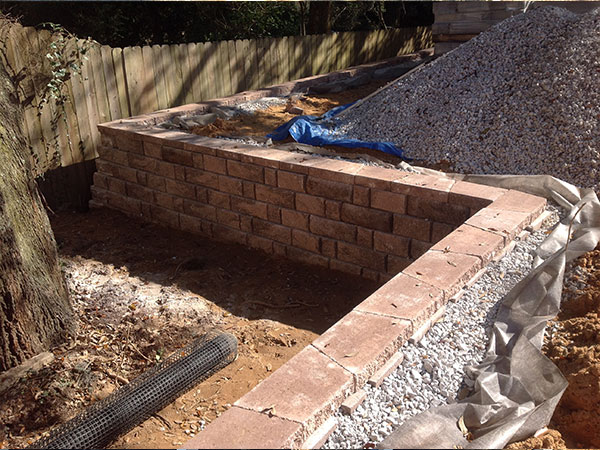 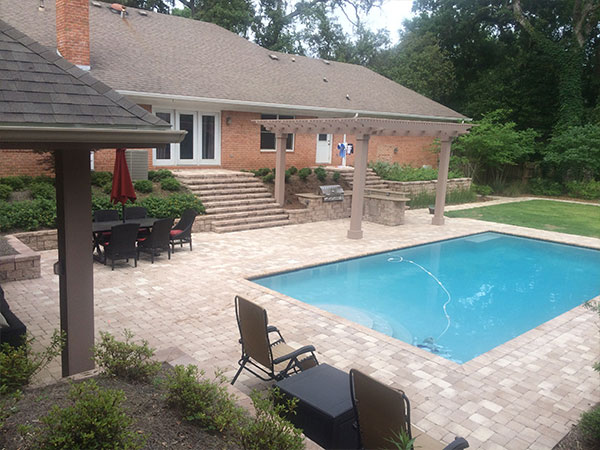 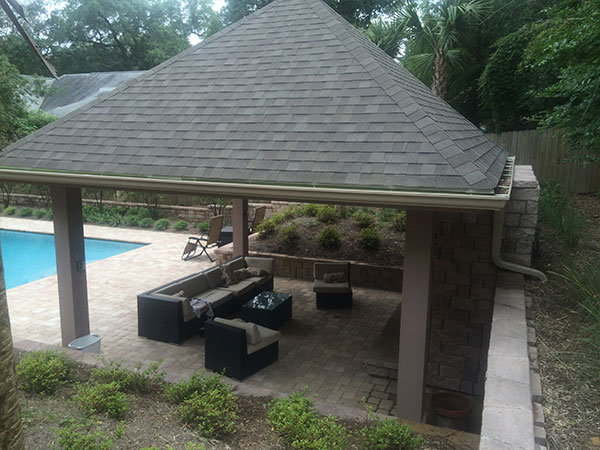 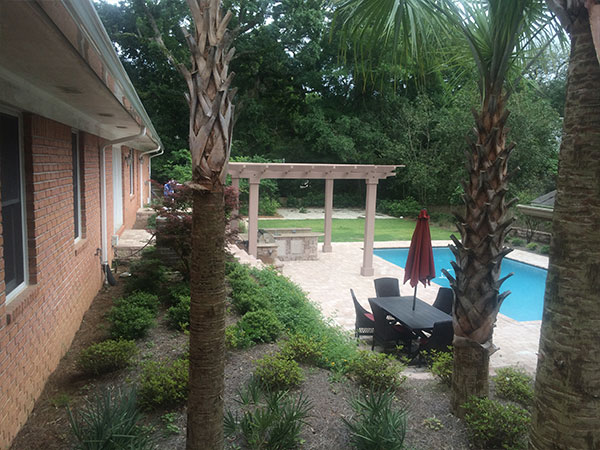 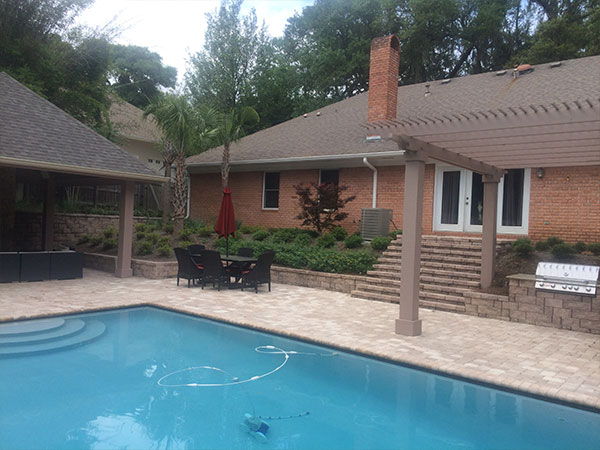 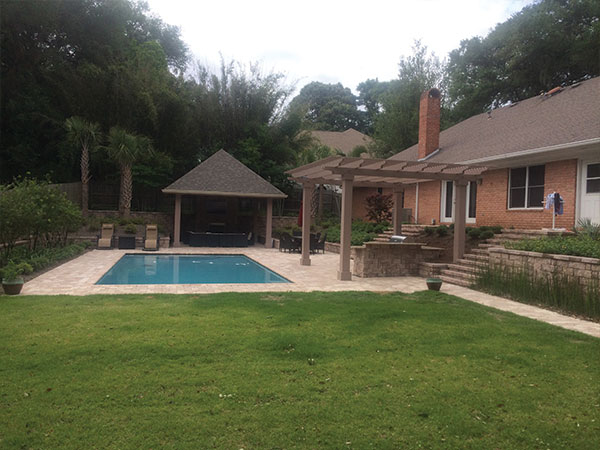 Our greatest challenges are successfully executing our objectives in backyard hardscape designs often come with the natural features of the land itself. The team at Executive Landscaping, Inc., however, has expertise in residential design and custom landscaping and was able to navigate the challenges presented with the O’Hanlon project. Among our challenges specific to the property was the fact that the grade sloped approximately ten feet in elevation from west to east. There were also privacy issues, coupled with a wooden deck that was in serious disrepair and too small to be of any use. In addition, the back entry door was inconveniently placed; and the clients wanted the pool equipment to hidden from view. All of the factors involved raised the issue of space and planning out the design to incorporate everything on the client’s wish list without overcrowding the area.

To level the grade, we had to build an upper wall into the slope to lower the elevation at that end of the property and then cut and moved the excess soil to raise the lower area up. A second wall was then installed to hold this re-located soil in place so that the property could be leveled and flat enough to accommodate everything within the hardscape design. In a process known in the hardscape services industry as “cut and fill,” we used half of the connecting walls to hold the soil back while the other half of the walls held the soil in place, creating a balanced and level site on which we could begin our work.

To utilize every aspect of the design and increase its efficiency, we incorporated portions of the kitchen and fireplace into the walls, which also reduced costs and softened the appearance of the walls. One wall was also used as a raised planter and designed with enough height to hide the pool equipment.

Instead of a creating a freestanding outdoor fireplace, the outdoor fireplace was installed in the cabana, which allowed us to use the backside of the structure as part of the retainer wall. The cabana was also constructed with a cathedral tongue and groove ceiling and exposed beams and equipped with recessed lighting, ceiling fans, and a flat-screen television with surround sound.

Due to a lack of space, we were not able to create a regulation-sized basketball court, though there was room enough to mark off the three-point line and situate the court away from the entertainment areas. These areas were positioned between the pool, the cabana, and the kitchen and allowed enough space for sunbathing, dining, and playtime without interfering with the adults.

OUR LANDSCAPING SERVICE OFFERS YEARS OF EXPERIENCE WITH A COMMITMENT TO QUALITY AT A VALUE YOU’LL APPRECIATE.

As with much residential landscape and backyard hardscape designs, the selection of plants was largely based on the desire for minimal maintenance and uncontrived shape as well as the amount of privacy they would provide around the perimeter of the backyard and their ability to serve as a source of color throughout the year.

Backyard hardscape designs should make your backyard a place to love! Call the outdoor experts at Executive Landscaping, Inc., today!