In the midst of completing an extensive renovation of their professionally designed course to create a better fairway and provide an upgraded experience for their golfers, Emerald Bay Golf Club felt that creating a focal point at the very entrance of development would highlight new houses being built in the community at the same time as it complimented the golf course landscape design. 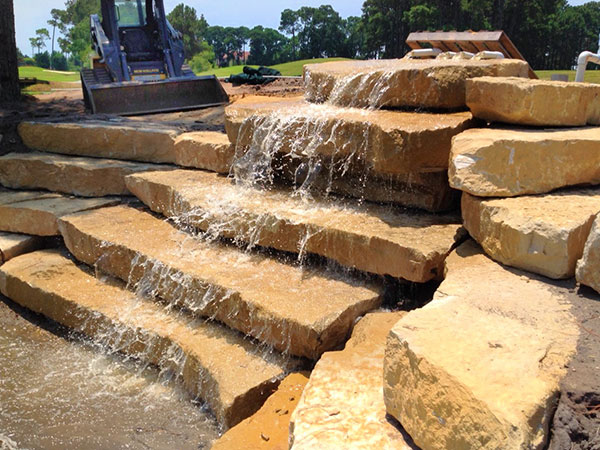 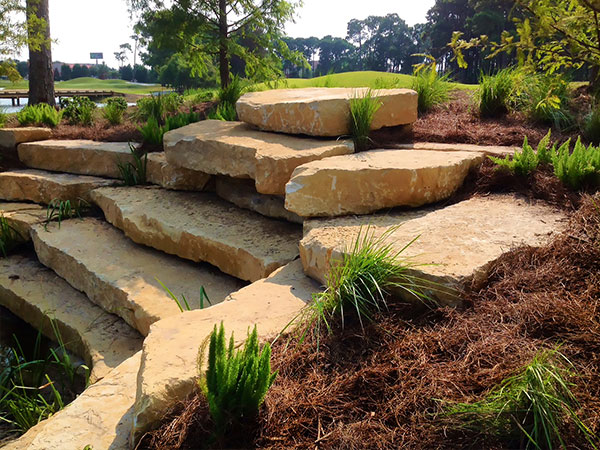 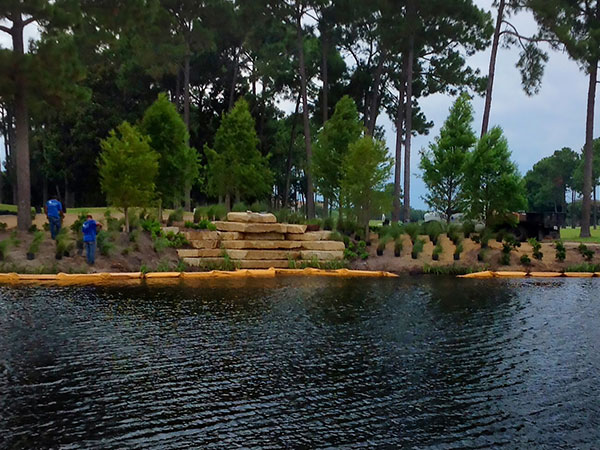 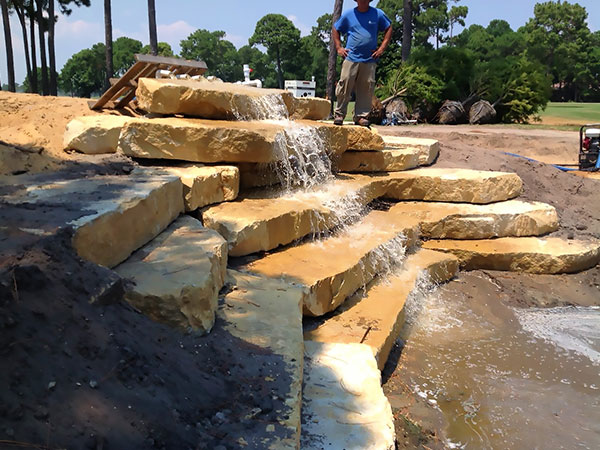 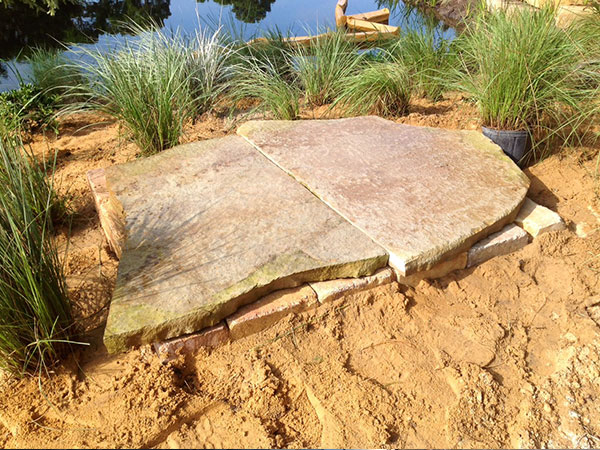 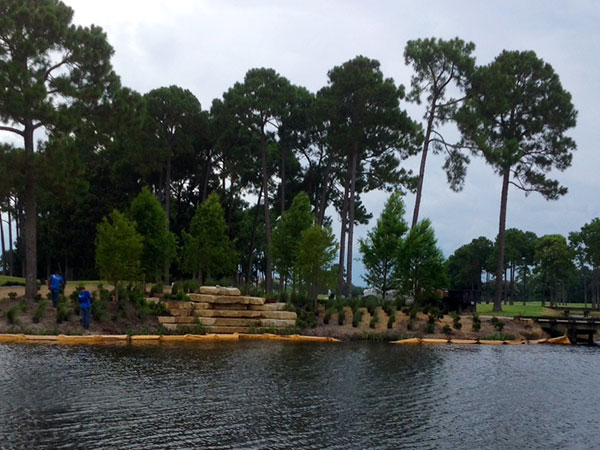 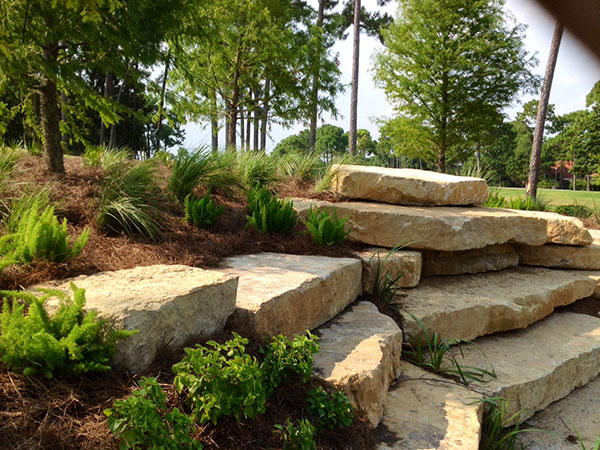 Natural to any commercial landscaping, we did encounter challenges with our project. The beauty of the golf course landscape and lake were far from the view of anyone traversing Highway 98 and buffered by vegetation and natural growth, so its position necessitated a roundabout route for visitors to see the hidden gem of the grounds. To provide a sense of arrival and create a statement, Executive was tasked with constructing a focal point. Because the developers wanted more than to simply copy other developments in the use of fountains in the lakes, the idea of incorporating a waterfall design into the lake was presented. The greatest design challenge came with creating authenticity and engineering a waterfall that would resist both weathering and leakage.

To address the challenge of looking out of place or synthetic, we constructed the waterfall using native stones instead of fabricated rock. And while the streams, rivers, and lakes that feed into naturally occurring waterfalls were not present at the top elevation of the waterfall at Emerald Bay, we created a spring that came up through the rocks by using PVC pipe to build a manifold that would deliver the water to multiple discharges around, over, and through the rocks. We then used a specialized pump to provide high water flow at a low pressure to pull water from the lake that would appear, to the eye, to bubble from the rocks.

OUR LANDSCAPING SERVICE OFFERS YEARS OF EXPERIENCE WITH A COMMITMENT TO QUALITY AT A VALUE YOU’LL APPRECIATE.

The relative distance between anyone looking at the lake and the waterfall made it necessary to give the impression of grand scale, which we achieved by engineering the water flow to create greater splash across and down the entire face of the waterfall, which would, in effect, create white water. To accomplish our objective, we used multiple large stones weighing from two to five tons each to create steps. These stone steps also allowed us to submerge two bottom steps as a foundation for the structure of the waterfall and minimize erosion resulting from the force of the water entering the lake.

Since the water feature was installed in an open turf area, we needed to temper its starkness and make it appear to be a naturally occurring part of the landscape amidst the pristine forest surrounding it. To achieve such authenticity, we wrapped the water feature with plants cohesive to the nearby forestry and wetland vegetation along the banks of the lake.

Make your golf course landscape a hole in one! Call the experts at Executive Landscaping, Inc., today!